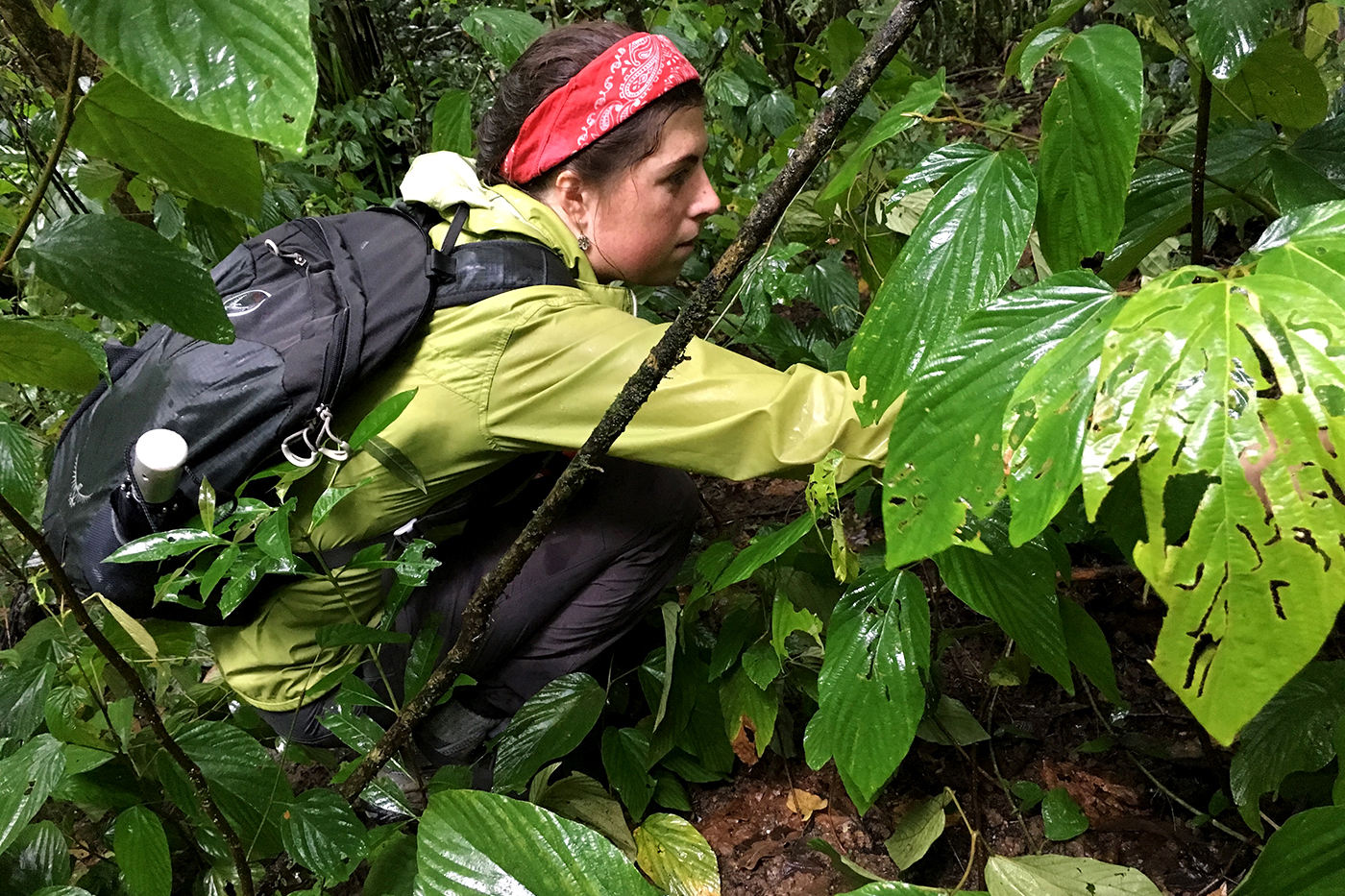 Environmental engineering student Madeline DuBois, E’20, is spending her co-op in Panama studying how the anole lizard is adapting to climate change.

Want to find out what lizards have to say about climate change? First you have to catch them.

It’s September, and Northeastern student Madeline DuBois is walking through the Panamanian jungle when something catches her eye. She raises her hand and strikes down at a tree as though she were going in for a karate chop. At the last second, she cups her hand and scoops up an anole lizard the size of her pinky.

“It takes a little while to figure out how to find them since they blend in really well,” says DuBois, who is catching lizards on co-op at the Smithsonian Tropical Research Institute in Gamboa, Panama, a small town outside of Panama City. “With some practice you know what shape to look for and you can see their heads peeking out of a branch.”

DuBois works with a group of biologists at the research institute to catch lizards in an effort to study how these reptiles are adapting to climate change, both physically and genetically. To test the effect of rising temperatures on their bodies, they capture lizards on mainland Panama and move them to several small islands in the Panama Canal, where temperatures tend to be higher because there is less jungle canopy.

The research project began last year, but DuBois began to capture, tag, and move the lizards in July. She frequently returns to the islands where they relocated the lizards to measure and weigh the reptiles in an attempt to track how the warming climate is affecting them and future generations of lizards. The researchers also snip off a piece of their tails to collect genetic material. Don’t fret, says DuBois, their tails grow back.

Getting the lizards to these islands has proven to be challenging. After waking up at 5:30 a.m. and walking 40 minutes to a dock, the researchers take a large boat out to the island of Barro Colorado. From there, they hop into a small four-person boat and cruise out to some of the smaller islands. DuBois says one time the boat’s motor failed so they had to row it through the canal, pausing every time a large cargo ship created dangerously large waves.

“That’s a good example of something I’ve been thinking about a lot since being here, the importance of being flexible and going with the flow,” says DuBois, who is studying environmental engineering. “Whether it’s having to row up the canal, work for 6 hours outside in a steady downpour, or making due when the town water goes out for several hours.”

DuBois says working with biologists in Panama isn’t the typical path for someone studying environmental engineering, but she’s learning valuable lessons in conservation and climate science that she plans to apply to a future job as an engineer.

“It’s a great perspective that I can now bring back to my work in engineering,” says DuBois. “You have to consider the environmental impacts when you’re building something. I want to be involved in work that will help people and the environment.”