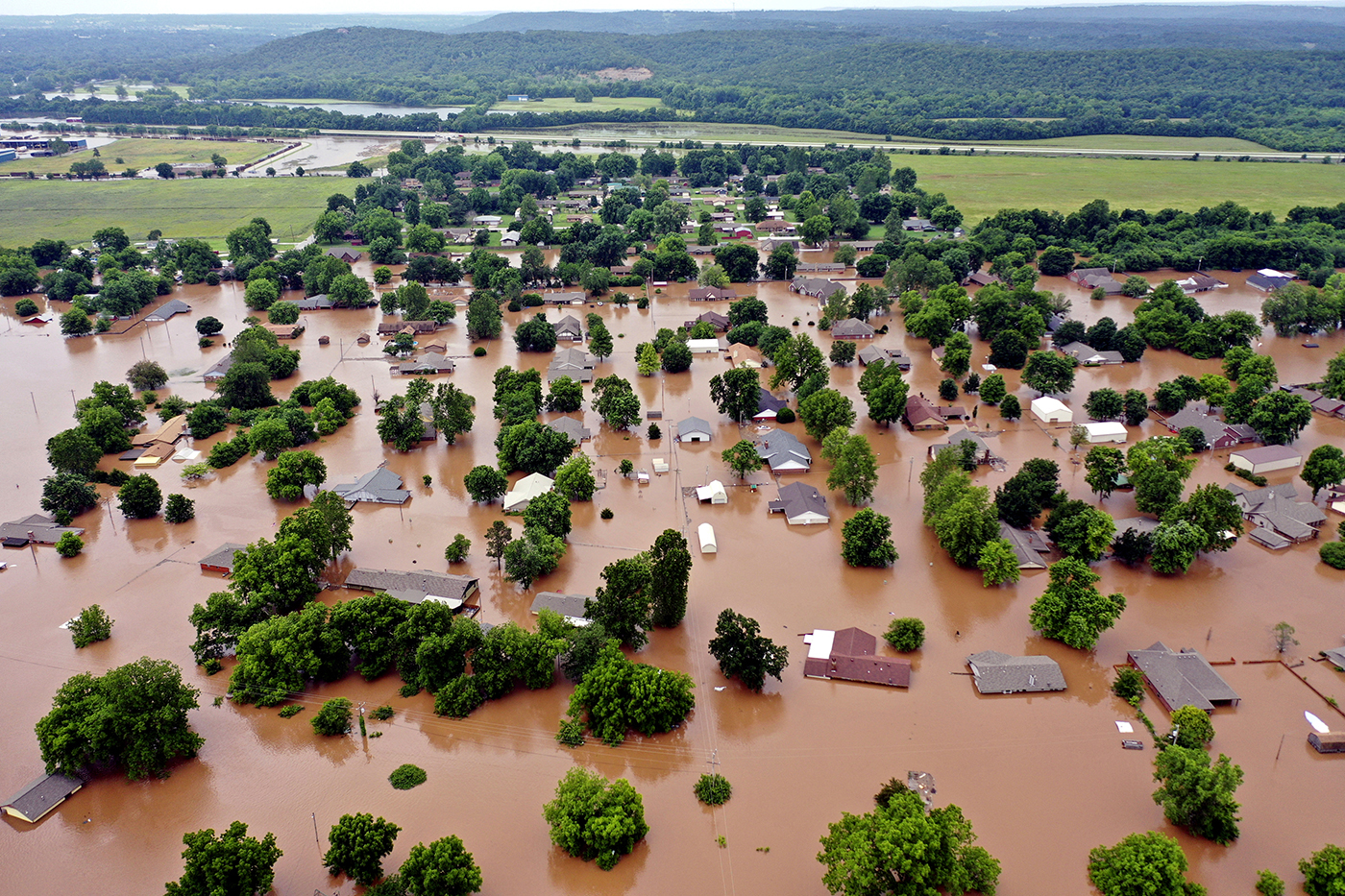 The trouble with flood defenses in the Midwest

The record-breaking floods in the Midwest over the past week are revealing an urgent need to account for climate change, says geoscientist Samuel Munoz, an assistant professor of marine and environmental sciences at Northeastern.

Levees were breaching Friday along the Mississippi and Arkansas rivers, as Midwestern floods continued to affect thousands of residents around the Arkansas-Oklahoma border.

The victims include homeowners who never imagined the need to buy flood insurance, based on historical models that suggested they should be safe from high-rising waters.

These types of natural disasters in the Midwest are becoming all too commonplace, as the United States Army Corps of Engineers struggles to cope with the new normal of unpredictable inland flooding.

The traditional method of flood management “assumes that the conditions of the past are going to be there for the future,” Munoz says. “And in a world where the climate is changing, that’s not a good assumption.”

Q1. What is causing the Arkansas River to flood?

Right now we are in a moderate El Nino phase, where the sea-surface temperature in the tropical Pacific oscillates back and forth, and that oscillation ends up affecting weather and climate all over the world. It tends to create a lot of severe weather over Texas and the Great Plains, and up into the upper Midwest. And so they’ve been getting a lot of rain.

No one has done an analysis for this flood in 2019, specifically, but there have been a lot of [past] analyses showing that the Pacific events of El Nino get amplified in a warmer climate, which is obviously what we’re experiencing now with climate change.

And so there’s this natural variability from the Pacific, and it’s getting amplified by climate change.

Q2. Would you describe the current flooding as unusual in historical terms?

It’s pretty unusual. The Missouri River earlier this year, and the upper Mississippi, broke some records—or came close—in terms of flood heights, and now the Arkansas River, another tributary of the Mississippi, is also breaking records. Also, there are parts of the lower Mississippi that have been flooded since the fall, which is really weird.

The duration of flooding in the South in general has been unprecedented. So it’s a pretty weird year.

Q3. Your research has shown that levees serve to narrow the river, which can lead to new problems. How are the levees influencing this crisis along the Arkansas River?

It’s basically like constricting a hose. You’re forcing more water to go through a smaller area. And so the water that you do get is going to flow faster and it’s going to rise higher than if the river was just allowed to flow freely.

So that’s probably part of the story as well.

The levees on the Arkansas—like the whole water management system that we have—was designed for the mid-20th-century climate. But we’re not living in the mid-20th century anymore. The climate is changing. So that infrastructure needs to be updated, and we need to have a conversation nationally and globally about how we’re going to live in low-lying areas. Because those assumptions aren’t valid for the 21st century.

Q4. The homeowners who didn’t believe they were vulnerable surely would agree with you.

That concept of how do we map out the flood zones is an historical process. We’re looking back in time and saying, What’s the probability of getting a flood of ‘X’ magnitude?

But is that retrospective approach really the best way to do this? Or should we be thinking forward instead of designing from the past?

Q5. Let’s say that not another drop of rain falls along the Arkansas-Oklahoma border. How long will people along the Mississippi River be dealing with the effects of this heightened level of water?

This water that is moving down the Arkansas River, it’s not going to get to the lower Mississippi until mid-June, maybe. And the lower Mississippi is already flooded itself. A month from now, I would think, the water will still be high. It takes a long time for that water to move out to sea.

The Army Corps has built floodgates on the sides of the levees, when you get closer to New Orleans, with the idea that if the pressure of the levees is getting too high, those floodgates could be open and the water will find other ways to get to the ocean. They were talking about opening one of those floodgates to relieve pressure, and that would be only the third time in history that it has been opened. So we’re approaching an historic moment in terms of flooding on this river.

Q6. Are we at the beginning of a trend of flooding that is going to grow worse in the years ahead?

That’s a really good question. Does flooding on the Mississippi get worse if you look decades ahead? There have been a few studies that have tackled this, and they tend to come to different answers. Some say flooding will get worse; some say it won’t get worse.

2019 is unusual, and the last few years the lower Mississippi has flooded a lot. But is that because of climate change, or is it because of other things that we’re doing to the river from a management and engineering perspective? Nobody has come up with a clear answer.