Preparing Your Home for Winter 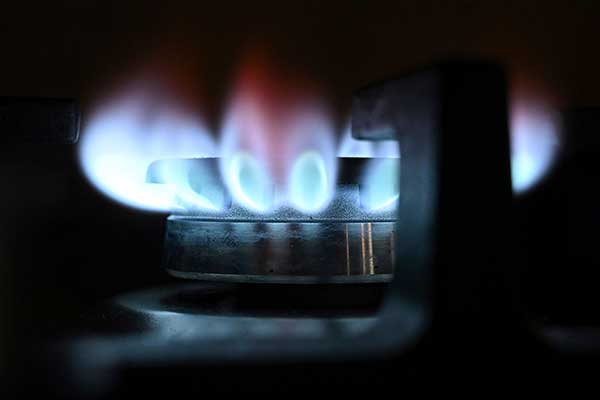 CEE Professor Auroop Ganguly and ChE Affiliated Faculty Eugene Smotkin explain the need to prepare your home for increasing fluctuations in temperatures in the winter and summer.

Winter’s coming. Here are some things you can do to lower your energy bills

Main photo: Flames are seen on a burner of a gas stove. Photo by: Marijan Murat/picture-alliance/dpa/AP Images

The fuel and weather forecast for the upcoming winter threatens to blow household budgets off balance with a perfect storm of high oil and gas prices and freezing cold temperatures.

But there are steps people can take to lower their energy bills. Northeastern University experts in climate change and heat resilience explain why cold weather persists in the face of global warming—and offer tips on conserving heat energy.

And the cold is coming. The Farmer’s Almanac, which many consider the bible of long-term weather forecasts, predicts snowstorms from the Rockies to Texas the first week of January and heavy rain and snow to pummel two-thirds of the Eastern U.S. in the middle of the month.

The Almanac says temperatures in some parts of the country could drop to 40 degrees below zero.

With heating oil up 16% this winter, the increased demand due to cold temperature means households will be spending up to 27% more on heating oil, and up to 28% more on natural gas, according to the U.S. Energy Information Administration.

“What we’ll see based on models and observations is that the high-end heat waves will grow more intense, longer lasting and more frequent,” he says.

“The cold extremes will grow less frequent,” Ganguly says. “But they will remain equally intense—sometimes more intense—and they could grow longer in duration.”

Over time the number of periods of extreme cold will decline,  he says.

“When they do happen, they can be very bad. That means we have to be prepared.”

Governments in regions with seasonal temperature variations—which is much of the U.S., Europe and Canada—need to cope with cold extremes while also preparing for killer heat waves of the type that struck the U.S., England and China this past summer, Ganguly says.

For many homeowners—and renters—state and city-sponsored energy efficiency programs are a key to preparing for extreme weather.

In the Bay State, the Mass Save provides online energy audits, rebates on heat pumps and other sources of cleaner energy as well as up to 75% off insulation and no cost air sealing.

Many cities and towns send energy auditors directly into homes, including the city of Boston.

Energy savings programs offer a variety of assistance for homeowners, renters and landlords including fuel assistance. Visit energy.gov for information on what’s available on a national level.

In the winter, it’s a good idea to keep the humidifier going, according to the Farmer’s Almanac.

“Heating systems dry out the air inside your home,” the almanac says. “A humidifier will restore moisture, which traps the heat in the air, making the air feel warmer longer. Increasing indoor humidity in winter makes your home feel cozy, so you can adjust your thermostat to a lower setting,” the almanac says.

“Leaving the thermostat at a low temperature, like 66 degrees Fahrenheit, can work fine and save a lot of money if you use an electric blanket,” says Eugene Smotkin, Northeastern professor of chemistry and chemical biology.

“If your floor gets really cold, drop a carpet on the floor. Never, ever turn on your stove for heating. If you have an attic fan for cooling in the summer, make sure it is off in the winter,” he says.

Smotkin has a house in Puerto Rico and an apartment in Roxbury, so he knows what it is like to deal with excess heat and freezing temperatures.

An expert in heat resilience, Smotkin says painting houses and roofs white helps increase solar reflectivity, or albedo, and is a widely used practice in the tropics to beat the heat.

In more icy climes, having a dark roof aids in solar absorption and the melting of snow, he says. “You want a black roof.”

Maybe it’s only a matter of time before engineers design roofs that can flip from black to white with a change in seasons. But for now residents of coastal New England can see for themselves how much longer it takes for snow to melt on a white clamshell driveway versus a black asphalt drive.

Use the fireplace–or plug it up

People using fireplaces or wood stoves to help heat their homes shouldn’t pack furniture around it too closely, no matter how tempting it is to cozy up to the fire, the Farmer’s Almanac says.

“Group your furniture so the warm air circulates freely across and around the room,” the Almanac says.

“If you have a fireplace that you are not using, close the damper,” Smotkin says. That will stop cold air from seeping into the room from outside.

The Farmer’s Almanac says people can also use an inflatable fireplace plug or chimney balloon to keep downdrafts out and heated air inside.

Solutions to drafty windows can include expensive replacements or temporary measures done on a dime.

“For cold weather, if you don’t have double paned windows, you need to build a barrier by duct taping clear plastic over the windows,” Smotkin says.

“That provides an insulation barrier of air. This is extremely effective for substandard apartments in Boston (like my place). Essentially you tape in your second pane,” Smotkin says in an email.

Other tips for preventing drafts include buying window-sized bean bag snakes to block cracks between the sash and sill and using inexpensive rope caulk to report small cracks and gaps in window caulking, according to Bobvila.com.

One internet tipster had a decidedly low-tech approach to the problem of window drafts. The individual suggested stuffing strips from plastic garbage bags into the cracks with a flathead screwdriver.

Another warming idea, as always, is to head south.

The Farmer’s Almanac predicts near normal winter temperatures in the Southwest and, as of February, in the Southeast.