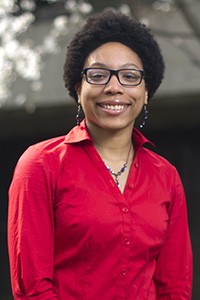 Logan Jackson, E’16, civil engineering, is the first Northeastern University student to win the Rhodes Scholarship, which is one of the most prestigious awards an undergraduate in the country can receive. View her video story.

Northeastern University senior Logan Jackson has been named a Rhodes scholar, the first time in university history one of its students has received the prestigious scholarship.

Jackson, a civil engineering major, is one of 32 Rhodes scholars for the Class of 2016. The winners, who were selected Saturday by the Rhodes Trust, were chosen from 869 applicants endorsed by 316 colleges and universities. The scholarships cover all expenses for two or three years of post-graduate study at Oxford University in England, where the scholars will begin their studies next October.

“It’s pretty surprising,” Jackson said by phone Sunday night from Maryland, where she is currently working on co-op. “I’m still getting used to the news. I’m looking forward to going to England next year.”

The Rhodes scholarship is among the most prestigious awards an undergraduate student in the United States can receive. The students must demonstrate academic excellence. Other important criteria include showing great promise of leadership, being committed to make a strong difference for good in the world, and having great personal energy, ambition for impact, an ability to work with others and to achieve one’s goals.

At Oxford, one of two master’s degrees Jackson plans to pursue is in evidence-based social intervention and policy evaluation. Through this program, she hopes to gain skills she can combine with her engineering background to work in policy. She’s particularly interested in bringing greater diversity to the fields of science, technology, engineering, and math, or STEM.

Jackson has served in several roles with Northeastern’s chapter of the National Society of Black Engineers, including president. She is also a violinist in the Northeastern Symphony Orchestra, and helps lead community services in her home state of Kentucky. During her time at Northeastern, she’s also received the Robert J. Shillman Award for Engineering Excellence and was named to the Huntington 100, an annual recognition bestowed on a group of select students for their accomplishments and impact on campus, in the community, and across the globe.

At Northeastern, Jackson has focused her work on structural engineering. She has worked as an undergraduate research assistant and helped develop a fiber-optic sensor to detect indicators for a potential building collapse. Prior to her current co-op at Hensel Phelps, she completed co-ops at two other world-leading construction firms: Suffolk Construction and Skanska USA Civil Inc. This summer, she also did an internship at Intel in Oregon, working as part of a team trying to find ways to implement lean manufacturing techniques.

“Co-op has been really useful,” Jackson said. “You learn so many skills you’d never think to learn or might not be exposed to in classroom.”

She added: “I feel like when I graduate, I’ll be getting two degrees—a civil engineering degree, and a work-experience degree.”