From Yemen to Boston 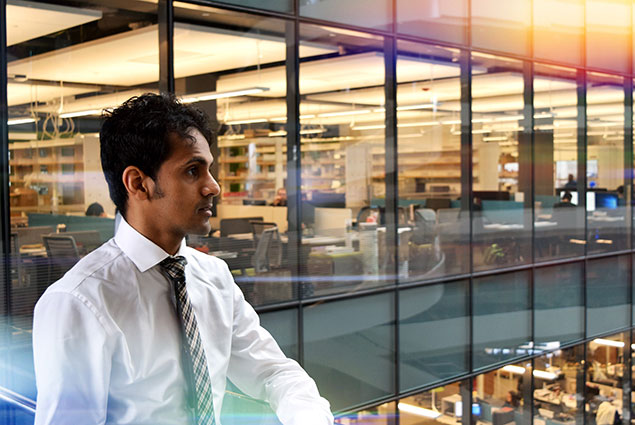 Ahmed Ba Wazir, BS Civil Engineering, 2019—At Cairo Airport in December of 2014, two Yemeni parents bid farewell to their son on his journey to America to pursue higher education. They hoped to meet again soon. Ahmed Ba Wazir was 18 at the time, traveling to Richmond, Virginia to study English. Having finished high school ranking 3rd in Yemen, he had received a scholarship to study in the United States. Three months into his stay in the US, tragedy struck: his father passed away. Ahmed rushed back to Yemen to be with his mother and siblings at their family home. “Being the oldest of my siblings, I felt responsible for how we, as a family, would react during these devastating times,” recalled Ahmed. “I realized that I had to be a source of hope and delight to help my family bounce back.” He was determined to return to his studies in the US and attain his family’s dream.

Elsewhere in the country, events were brewing that would alter the future of the Yemeni people. Within two weeks of Ahmed’s arrival, war broke out. The capital of Sana’a was at the center of the fighting, endangering Ahmed’s ability to leave the country. By bus he fled to Saudi Arabia, where he spent a week before flying to the United States. Despite the war, he hoped he would be able to visit his family again soon. However, the US embassy in Yemen soon closed for security concerns, threatening his ability to re-apply for a visa. In early 2017, the American government changed the rules for travel to the US by Yemeni citizens. Together, the events left little chance that Ahmed could return to his studies in the US if he left the country. It was unclear when he would next see his family. While the war raged, their only connection was patchy phone calls and pixelated Skype video.

Ahmed focused his energy on his education. His two scholarships from Yemen were merit based, so he worked hard to ensure he received top marks. He graduated from Northeastern’s Global Pathways program with a 4.0 GPA, and delivered the program’s graduation speech.

Architecture and buildings have always interested Ahmed. Yemen is home to historic structures, including the mudbrick buildings of Shibam in Hadramaut. “Right now, we have the oldest mudbrick skyscraper in the world,” he said of the UNESCO world heritage site. When taking the Civil Engineering foundational course in Materials in the Built Environment, he chose mudbricks as the medium on which he would base his project. He wanted to study if the same materials and principles used to build ancient Shibam had applications for similar climes, such as the American Southwest. “When you come from a different background, you have the ability to bring all you have with you.”

Though courses kept him busy, inevitably came the reminder of his situation. At times he felt trapped, watching his classmates leave at the end of each semester to travel overseas, or go on Dialogue or international co-op. Since he couldn’t visit his family, he took advantage of traveling around the US, staying with other Yemeni students in his scholarship program at cities across the country. So far, he’s traveled to 22 states, with the golden coast of California his favorite. At school, he plays intramural soccer to help keep him occupied.

In 2017, the graduating senior founded Northeastern University’s Arab Student Association (ASA). The Yemeni Civil War was a main impetus. Many of the region’s countries are involved in the complicated conflict in tangled coalitions. He saw the student group as a means to bring together people from the 22 Arab states and build a stronger community. He also sees the group as an opportunity to break down stereotypes that others may have towards the Arab and Muslim communities. “When they open the news, all they hear is war, terrorism, killing,” Ahmed said, referencing the Arab world’s portrayal in media. “Or they hear the other part: oil, money, and that’s it.” When you go to Yemen, Ahmed says, they have stereotypes of Americans that aren’t correct either. “But not everyone gets the chance to come to the United States and meet the American people.” The Arab Student Association is an opportunity to display the true face of the region’s many peoples for those who cannot experience the countries in person. ASA events have drawn crowds of up to 160 for displays of culture, food, and dancing, and have brought in students from other universities in the area as well.

When Ahmed graduates with his BSCE in May, it will be nearly five years since he last saw his family. He recently learned the good news that his little brother, now almost college-age, managed to get a scholarship to study English in Boston. Soon, they will have some time to travel locally together and catch up. After college, he will begin work at a local civil engineering firm, with the possibility of attending graduate school later on. The company plans to sponsor his work visa, which he will have three chances to receive in the application lottery. “As soon as I get it, then I will be basically set free. I will be able to travel. I will be able to come back.”