Studying the Science and Politics of Climate Change in Singapore, Jakarta, and Bali 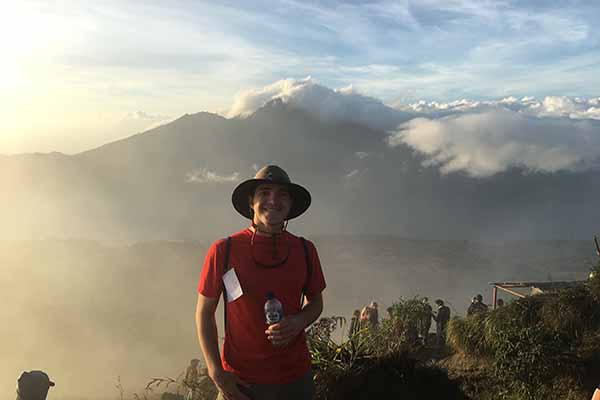 Tyler Gogal has an interest in using the power of engineering and other sciences to address environmental problems. He came to Boston from his hometown of Falls Church, Virginia, and here at Northeastern has been a volunteer in Science Squad and SquashBusters.

Studying the Science and Politics of Climate Change in Singapore, Jakarta & Bali

The Problem (we set out for) 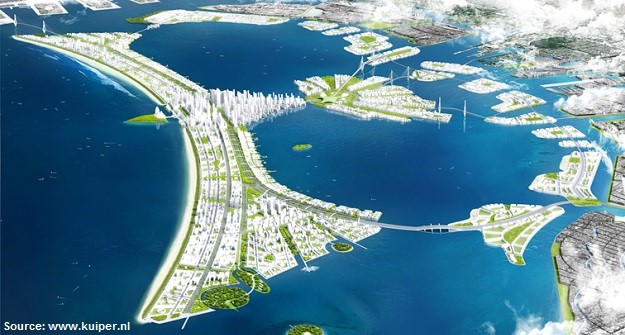 Our dialogue team visited Singapore, Java and Bali to study the resilience of communities dealing with climate change. As an engineering student, I went there thinking that good engineering could do the job, but soon learned over the course of our studies that feats of engineering were not enough. Case in point: the Great Garuda project in Jakarta, a massive seawall, impressive in scale and beauty, carefully planned with the help of Dutch engineers. It looked like the perfect solution to address the rising sea levels in Jakarta, however, it neglected key issues with the river and the community. The community was suspicious of the funding and experts predicted that the project would only result in a bay filled with all the waste from the river.  I came to see that to improve resilience you cannot simply build your way out of it, rather the environment and the community need to be included and respected for anything to get done. For all the extensive ramifications, the problems we studied came down to water and waste, and we learned that successful solutions must incorporate the specific features of the local environment and the community. 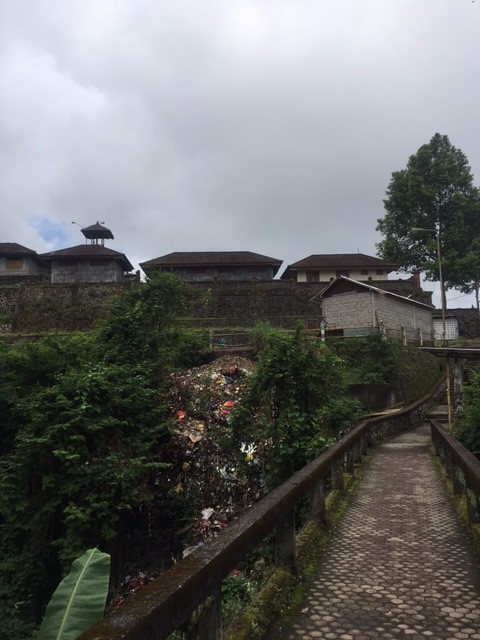 A Balinese temple with waste dumped on the cliffs leading down to the river below.

Throughout the trip we saw different ways in which water and waste were handled and how much they impacted daily life. In Bali, many rivers were long seen as the public garbage disposals, and still today large heaps of trash are seen next to rivers, even at temples and tourist locations. In Jakarta, the problem was much the same, but carried a much larger impact. Trash floating in the Ciliwung River clogs the river and raises the water level so that it overflows the protections against flooding.  Meanwhile, pollution has rendered the river undrinkable, causing locals to resort to ground pumping. These factors together are leading to a crisis in the city with sea and river advancing further, as the ground subsides from all the pumping, and the existing infrastructure is overwhelmed by trash. By cleaning up the river, the city may be able to combat both issues at the same time, but doing that involves engaging the community. 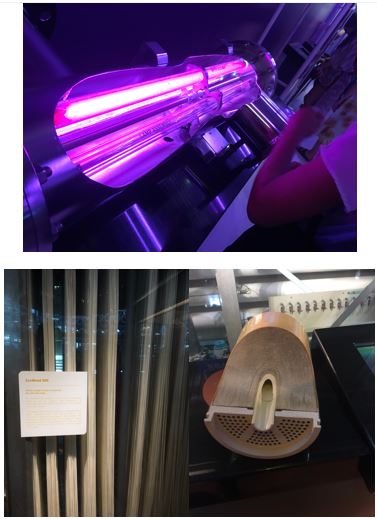 Depicts the UV system and the membranes used in purification,shown in the exhibits at the water purification plant.

The solutions we learned about demonstrate a balance between engineering technologies and community engagement.  Singapore is a city where you will find many spots for feedback, even Customs has a device for users to comment on their experience. Here, there is an active effort to not only conserve water on a government level, but to get the citizens involved as well, hence massive river projects such as Gardens by the Bay and broad public walkways along river to bring people closer to the river and its wellbeing. During our time in Singapore, we went to a water purification facility where they are recovering waste water. It was set up like a theme park with colorful signs explaining the processes and technology to the public. The experience reminded me of going to the Coca-Cola factory in Atlanta, however the intention here was to extol the benefits of water conservation and get the masses involved in the stewardship of the river. While many exhibits were geared to kids, there were plenty of exhibits that featured interesting hardware and science. Whether it be the microfiltration and reverse osmosis membranes/filters on display or the ultraviolet disinfection units, these technologies allowed wastewater to be reused. Despite having developed extensive water infrastructure, Singapore still has to import the majority of its water, so reclaiming water helps to offset costs. Eventually this technology may allow them to become completely self-sufficient. 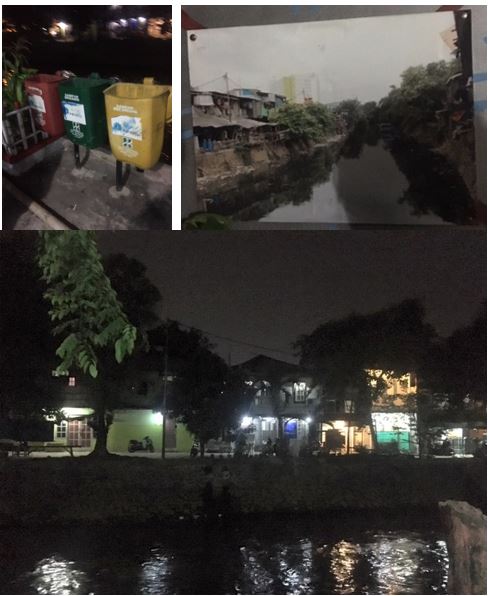 Top Left: Trash cans installed along the river in Jakarta show public efforts of cleanliness. Top Right: A picture shows how the river previously was filled with trash and crowded with houses. Bottom: The kampung community living along the bank has moved back from the edge so that the river is cleaner and no longer crowded.

Singapore is much smaller than Java and Bali and has a more advanced infrastructure, but there is hope that similar projects will make their way to Jakarta and Bali. One of our main assignments for our coursework was to study the issues of flooding in Jakarta from the perspectives of the different stakeholders.  My team studied the perspective and role of the kampung communities and were heartened to learn how much a community can do to combat such a problem.  All throughout Southeast Asia there are illegal housing developments, akin to favelas of Brazil, and in Java many of these, called kampungs here, are on the river banks on the frontline of climate change issues. In one of the Kampungs we visited, we saw people cleaning up their neighborhood. They were able to comply with government initiatives and directives and made substantial improvements to the river area. With much of the trash gone, they reported fewer floods and the area itself has become a tourist attraction, a success story for the world to see. In Bali, we saw that in contrast to its use as a disposal in the city, in some places water takes on a spiritual component.  In many of the temples we visited there were springs where holy water flowed pure and untainted. At one of the rice paddies we visited there was a holy mountain that was left undeveloped to protect the water it provided for the rice, and this water was carefully managed by a water management system called Subak, which follows the ideas of Subak Abian, whose three principles promote respect for people, God, and the environment. The priests work with the farmers who direct it with dike systems and keep it clean and evenly apportioned. Such efforts showed that the locals did care deeply about protecting the purity of their water and were able to keep it clean at its source.. After having seen all this, I am confident that the issues we encountered will be solved not just by harnessing the promise of engineering, science and technology, but by harnessing the power of people to get things done for their community.