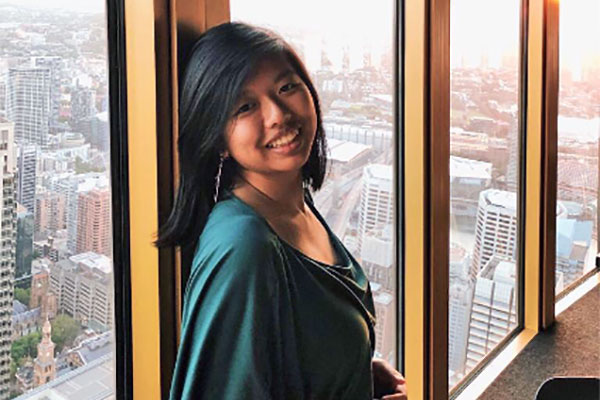 Braintree, Massachusetts native and third-year combined civil engineering and architectural studies student Carrie Tam, E‘22, also a mathematics minor, came to Northeastern two years ago with a passion for building that has blossomed into the founding of the school’s Solar Decathlon club and participating in a competition of the same name held by the United States Department of Energy, slated to be held in April 2021.

During Northeastern’s Fall Fest of Tam’s freshman year, she noticed an absence of clubs primarily dedicated to hands-on technical building. After joining Aerospace NU in her sophomore year, Tam was inspired by the collaborative culture and the consistency of work produced by the club, which offered a sort of framework for what has become Northeastern’s Solar Decathlon. 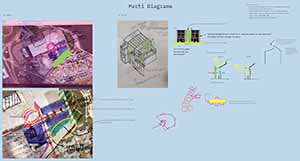 “I wanted to make a technical club for building that offered technical work and hands-on experience,” said Tam, who was in part able to accomplish this with the help of Civil and Environmental Engineering department chair Jerry Hajjar, whom Tam has been working within a research role since 2018.

Tam’s role working in research with Professor Hajjar began with hands-on research in the STReSS Laboratory in Burlington, where she worked with PhD student Nicholas Briggs focusing on monotonic and cyclic full-scale testing of composite steel and concrete decks to determine the failure mechanisms of the structures. She has recently started to conduct literature reviews on cross-laminated timber, modular construction, and designing for deconstruction. 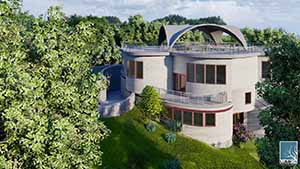 She also is a regular contributor to the bi-weekly research meetings Hajjar conducts, primarily for graduate students. More importantly, though, Hajjar has been a sort of mentor for Tam.

“Something that’s been really nice working with Dr. Hajjar is that he always listens and talks to you about what you’re interested in,” said Tam.

The creation of the building oriented-club Tam desired came to fruition after Hajjar pointed her to the Solar Decathlon competition in particular and suggested jointly appointed associate professor David Fannon jointly appointed in the School of Architecture and Civil and Environmental Engineering, to serve as the club’s faculty advisor. 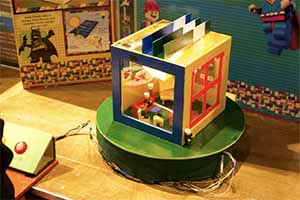 Tam and Fannon first became familiar with one another through a project in her first Engineering Cornerstone course at Northeastern after her professor referred her group to him for a building-oriented project. Fannon is also Tam’s academic advisor in the School of Architecture and a faculty advisor for Northeastern’s division of the American Institute of Architecture Students, which Tam is the treasurer for as well.

Also serving as the faculty advisor to a former student club, Race to Zero, which served as sort of the predecessor to the Solar Decathlon according to Tam, Fannon was a perfect fit for the club’s advisor role and shortly put the club in contact with members of the former Race to Zero club for some advice on getting started in building.

After deciding to create the club with a friend and gaining Fannon’s advisory support, the next step was seeking out potential members.

“I asked around to all the civil engineers that I knew as well as anybody that would be interested and asked, ‘hey, are you interested in this?’ and people actually came to me about being on the E-board, because they think this is really cool,” Tam said. “A lot of people really like the idea of sustainable buildings. It’s very popular right now, so there luckily wasn’t too much of a challenge in generating interest for the club.”

Now, the club plans to participate in the Design Challenge in April 2021 with the hopes to compete in the Build Challenge in 2023, which requires participants to construct their sustainable building locally. The club, which held its first meeting on August 4, is currently conducting precedent research, site analysis, and experimenting with different building footprints.

“I really want it to be an interdisciplinary club, and I want people to experience working with people of different majors,” Tam said of her aspirations for the club going forward, beyond even the April 2021 competition date.