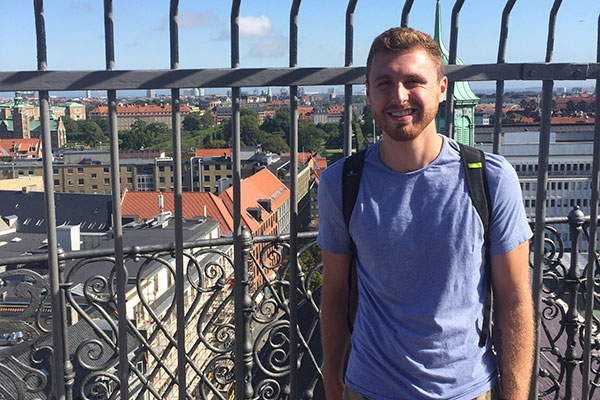 Aidan Travers is a fourth-year BS/MS environmental engineering student on co-op as a research assistant at the University of Cagliari, in Cagliari, Italy. His research on co-op focused on new methods of biological nitrogen removal from wastewater.

As the youngest of three boys in my family, I have always looked up to my brothers and their pursuits in life as inspiration for my own. After watching both of them participate in study abroad programs in Europe during their time as undergraduates, I knew I wanted to push myself to experience life in another country during my studies at Northeastern. I wasn’t sure how I would do it, but I was determined to live abroad before I graduated.

My first co-op was at Environmental Partners Group (EP) in Quincy, MA. My experience at EP gave me a wonderful insight into working at a civil and environmental engineering firm focused on building relationships with communities throughout New England. I was lucky enough to participate both in the design process while in the office, and fieldwork at our project site in Eastham, MA. 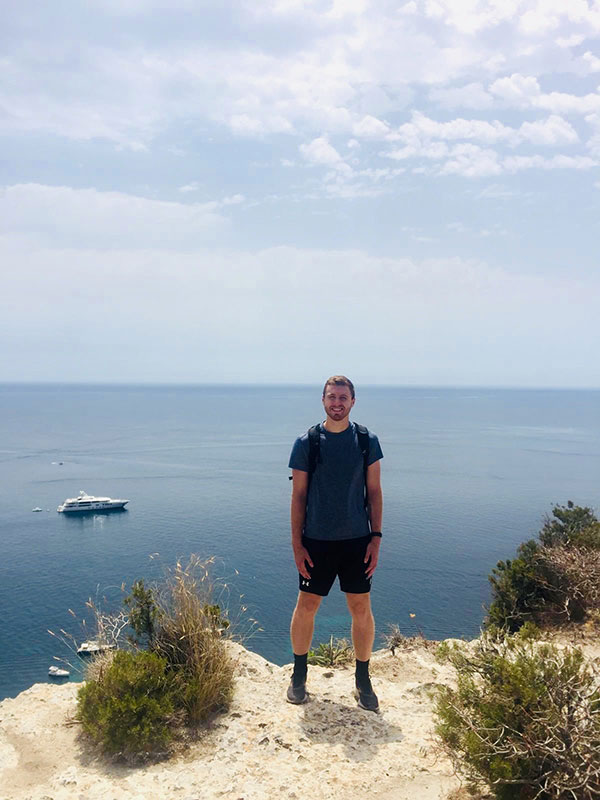 Upon completing my co-op and starting the spring semester of my 3rd year at Northeastern, I began to look into opportunities to spend time abroad. Although I was skeptical about being able to find a co-op that was relevant to my field, I set up a meeting with Sally Conant, global co-op coordinator at Northeastern’s College of Engineering, to see if she could assist me in my search. She immediately assured me that as long as I was flexible and open to a variety of opportunities, we would find a placement. Within weeks I had found a posting on NUCareers for a position as a research assistant at the University of Cagliari (UniCa), in Sardinia, Italy. I applied and was soon accepted to work with Dr. Stefano Milia in the environmental engineering department at UniCa, and 4 months later I boarded a transatlantic flight to Italy.

My research project was focused on new methods of biological nitrogen removal from wastewater, a subject quite related to the environmental engineering curriculum at Northeastern. Nitrogen removal is crucial in wastewater treatment, as it can cause eutrophication, dead zones, and overall ecosystem degradation if emitted into waterways, something that we are seeing in the United States. We were attempting to cultivate a recently discovered bacteria in a sequencing batch reactor at low temperatures that would be able to convert a sufficient amount of ammonium to nitrogen gas. If successful, this process would dramatically lower carbon emissions, electricity use, and overall costs in the wastewater treatment process.

Although I was eager to get started on this project, the differences in work culture quickly became clear. I worked closer to 20-25 hours a week, as much a function of the slow activity of the bacteria I was working with as the Italian view on work-life balance. This was certainly not the only thing that took some getting used to. During the preparatory meetings put on by Northeastern’s GEO, there was a lot of talk about “culture shock”—a feeling of disorientation when immersing oneself in a new culture of way of life. I naively brushed these warnings off, sure that the transition would be easy, even with my limited Italian and having lived in New England all my life. Never have I been so wrong. I quickly realized that even the simplest of daily tasks—getting groceries or figuring out my way around the city using buses—became a challenge when faced with lingual and cultural barriers. But with each new challenge overcome, and each lesson learned, I gained a deeper understanding and appreciation for the new world I was living in, as well as the one I had left in the United States. Gradually, things I thought of as overwhelming at the start of my six months became part of my regular routine.

Living in an isolated Italian city with a population of fewer than 200,000 people did, however, mean that I would be encountering very little English, which was difficult but manageable. Through a combination of learning on my own as well as taking a basic Italian course, I slowly became accustomed to the language. Though I remained shy about speaking it more than I needed to on a daily basis, I was able to understand it and feel more connected with my surroundings. When in doubt, I spoke as much Italian as I could, apologized for my limited vocabulary, and made sure to smile and say “per favore” and “grazie”.

My experience abroad not only allowed me to interact with Italian culture but in fact a multitude of European cultures, as I was both lucky enough to have time to travel around the continent, as well as participate in the Erasmus exchange student network. During a two week period in August, I traveled to Stockholm, Copenhagen, Prague, and Berlin, while later in the fall I saw more of Italy when I traveled to Florence, Pisa, Turin, and Rome. Seeing these cities provided the experiences of a lifetime, and I was able to see the rich history of Europe firsthand. During my time in my home city, I was adopted into the Erasmus program at the University of Cagliari, a European study abroad network where students are able to live in other areas of the European subcontinent during their studies. Through this program, I made friends from Spain, Poland, Romania, Turkey, Germany, Hungary, and other countries, and was able to do some field trips around our city and our island. Interacting with other students and learning about their lives helped me to better understand how my own environment and upbringing has shaped my life. 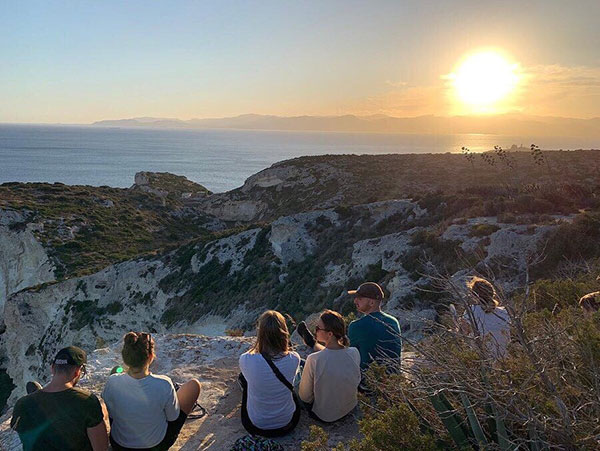 My time abroad has been filled with some large challenges, but also some of the most rewarding moments I’ve ever experienced. When I chose to pack up my belongings and relocate 4,000 miles away from home, I remember thinking that living abroad would be fun and I would get to explore some of Europe for a few months, and I would finally be able to relate to my brothers and some of my friends in that way. But I never anticipated I would learn so much about myself, what I truly value, my strengths and weaknesses, and the direction I want my life to take moving forward. It’s rarely easy to immerse yourself in uncomfortable or unfamiliar environments, but it is crucial for those that wish to challenge themselves and gain a clearer sense of self. I am truly looking forward to returning to Boston, and I feel as though my experience has made me more confident, and provided me a whole new set of tools for navigating everyday life.

If you are someone considering a global co-op, I would wholeheartedly encourage you to pursue that path. It won’t always be easy, but it will absolutely be rewarding. As one of my good friends who also spent some time abroad when she was an undergraduate remarked, “It’s tough at first and then without realizing you’re having the most memorable time of your life… it’s funny like that”.